Profit for Whom: Analyzing the Commodified Athletic Body in The Sports Industrial Complex In China, mainstream mass media has not only racialized masculinity, it has created masculinity in sport. Historically, Asian athletes have looked to media portrayals of what strength and masculinity should look like. During the Cold and Vietnam wars, Bruce Lee became an Asian icon and … END_OF_DOCUMENT_TOKEN_TO_BE_REPLACED

Culture-Ideology of Consumerism: Viacom media practices influencing consumerist worldview Viacom is the world’s 5th largest media company; its enterprise value clocks in at $21.17 billion. It owns major cable channels, such as MTV, BET, Logo, and Nick, as well as film companies like Paramount Pictures. As the media landscape diversifies, Viacom is actually struggling to keep … END_OF_DOCUMENT_TOKEN_TO_BE_REPLACED 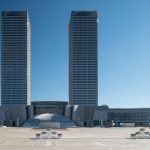 In Joesph E. Striglitz chapter, "Globalism's Discontents," he argues that "globalization has meant different things in different places." Why have some countries been able to use tools and trade afforded by globalization to the benefit of many, while other countries have seen increases in poverty and exploitation? Striglitz writes that "the most successful globalizing countries … END_OF_DOCUMENT_TOKEN_TO_BE_REPLACED 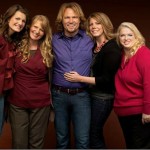 Katherine Pratt Ewing discusses the effects of discourse surrounding the integration of ethnic and religious minorities. She mainly focuses on Turkish Muslims in Germany who are caught between two cultures. Immigrants all over the world have hyphenated identities and negotiate between them. Ewing identifies two polarized problems of integration multiculturalism and … END_OF_DOCUMENT_TOKEN_TO_BE_REPLACED 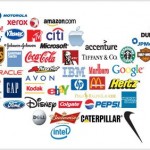