Despite my fourteen years of academic education, I have not formally learned about hackers and media trolling as a global movement until now. Hell, I haven’t even informally learned about it. The most I’ve learned about hacking has been through movies like the Jason Bourne Series, James Bond and other FBI and CIA cinema experiences that paints hacking like an easy step toward gaining the information you are seeking. Until now, not only had I never heard of Anonymous, but I was unaware that a group like this existed, made up of people world-wide, hiding their true identity and exposing those faults in our government that previously went un-noticed.

Reading this article felt like reading a screen-play. I could just imagine the political flurry of anger and fear as CEO Aaron Barr, of HBGary realizes that not only his personal iPad and iPhone have been wiped clean but that his personal information along with private company data has been publicly exposed. I’m starting to believe that it sounds like a movie because sometime, somewhere in my life the message came across that we are safe. That even though that password that you use for everything, along with your low-security emails and phones could be hacked into, it never really happens to you. That’s for big government operations, war-efforts and criminals. The idea that hacking is so simple and de-railing is truly terrifying. Maybe I need to stop associating hacking with movies, and start opening my eyes to the reality of the instability of the internet.

Despite the aura of fear around groups like anonymous, I have a genuine respect for the angles they take regarding censorship and governmental control over speech, the press, and information. This idea of hacktivists and groups like Anonymous make me wonder what will arise from new technologies that haven’t even been produced yet, or those that are produced but haven’t had time to create opposition. Think about it, would we have been able to comprehend internet trollers, hacktivists, and complete information publicity without the internet itself? Should we have been more cautious? 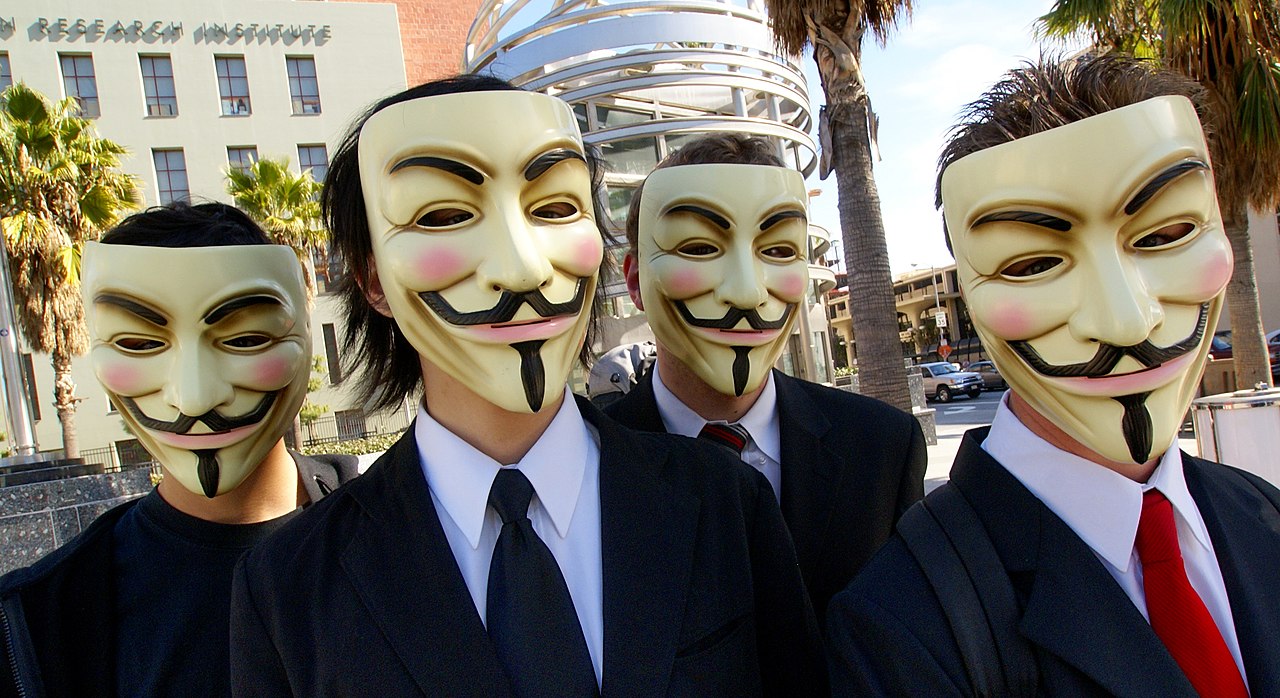