In Ulf Hannerz article, Cosmopolitans and Locals in World Culture, he defines both what cosmopolitans are and how they operate in our globalized world. Somewhere between a savvy tourist and a die-hard local, cosmopolitans are those adept travelers that just seem to fit in wherever they go. They are the fearless eaters, the experience seekers and those who are willing to accept all parts of another culture in order to get the full experience of a different life, without sticking out.

With the increase of regular media, like books, travel guides and film, along with the constant communication of social media, there is a question about whether one has to even move locations to be a cosmopolitan. If I can sit at home and read a guide and a travel book about a certain location, cook their food, wear their clothes and speak their language, am I a cosmopolitan? I find this question so interesting. On the one hand, I want to say absolutely not. You must travel to be a cosmopolitan, to live and breathe the air of this culture, to converse with locals and learn not just the cultural practices, but the cultural flavor, the smells, the way of life and the feelings associated with a particular group. On the other hand, there is the idea of cosmopolitans as a consumer of another culture.

If one can learn all there is to know, can feel so close to another culture that they would seamlessly fit in, then can’t they be described as a cosmopolitan? They have since breached their former local status, by transcending their old position and assuming a new one, even if they never actually move locations. This idea of cosmopolitan without moving I think is perfectly created in the book and movie, Julie & Julia, a story about a twenty-first century young woman living in New York City who tries to complete every dish in Julia Child’s book, “Mastering The Art of French Cooking”. Not only does this woman painstakingly go through each and every one of the 524 recipes, she starts to dress like Julia Child, think like Julia Child, and essentially tries to recreate her life. I would describe her as a cosmopolitan of Paris in the 1950’s, even without her transcending space and time. After all, isn’t culture in the mind in the first place? Are you a cosmopolitan? 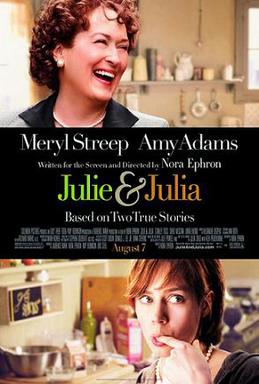