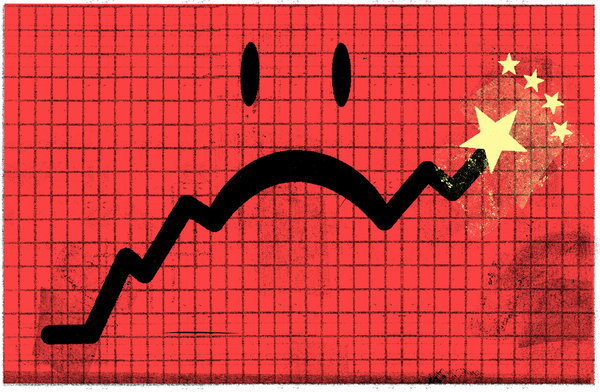 In Alan Klima’s article addressing the new relation between love and the Thai national monetary situation, it is posed that while dominating ideologies praise a unified effort of love-giving, there are no measurable positive economic effects to this date (134-135). While he does recognize the “Thai-Love-Thai” mega-party’s future plan to shift the international debt into the public sector, which realistically could be alleviated through national taxation, there is an atmosphere of true relief in light of this crisis.

With the apparent relation between a national ideology such as the religious associations of Buddhist ideals in Thailand, it remains to be seen if the true correlation lies in the emotions evoked in the collective crowd and economic status/stability (124-126). My interest led to other reports of gross national emotion linked with economic growth and decline.

In China, with obvious attention being paid to the exploitation of workers rights at places like Foxconn, the economic growth of the nation after the move to a free-market economy has come at the cost of citizen satisfaction. When asked in surveys, many responded with similar or only slightly higher rates of happiness or a national feeling of satisfaction despite increases in standards of living even in the upper third of the country. This falls on the opposite end of the Thai case where in the falling quality of living and depreciating economic institutions there is a resounding report of trust in the the “love” policies and party which have not created any substantial relief to date, evidenced by Buddhist monk support, “popular campaigns”, public blessings, and the constitutional courts decision not to impeach Prime Minister Shinawatra (128-129).

Looking to another case that substantiates this theory that poor economic status and therefore quality of life breeds positive, national, emotional response resides in Sweden. Further from religious and cultural ideals, national pride and aspects of “peace, order, and cleanliness” are emphasized. To make this argument relate to the love of Thailand, it must be understood that while these are globalized ideals in themselves, they are separated from the “merciless, neoliberal policies” of international economic practice as seen in other powers such as the United States in the past (132). If this stands, then the citizens’ beliefs which have withstood the economic downturn in the past decade asserts that causation could possibly come from falling international stance in the global market.

While I recognize that it is impossible to quantitatively or objectively prove this now or even in the future, Klima would agree that it is the individual situation which requires study (122-123). This theory and belief of emotive and economic associations can and will help to provide relief in many forms in the future if academics and practitioners within these realms can harness the power of this phenomenon without exploiting it or playing on the national population’s ignorance.