“It’s always 5 o’clock somewhere.” Yes we’ve all heard it from a snappy alcoholic beverage enthusiast, using it as a rebuttal to a frowning friend. That friend may be me.  However, the phrase, “It’s always 5 o’clock SOMEWHERE,” means more than a weak refutation to me.  I imagine corporations and its CEOs peering over at the other side of world searching for eager workers who will craft products while workers nearby headquarters rest their overworked hands.  The sun is still up somewhere; there are still  (both human and material) resources somewhere that we can use to our liking.  Stiglitz’s “Globalism’s Discontents” made me think of the darker side of globalism.

Yes, globalism has many, many positive aspects.  I take advantage of its offerings: I can eat mangoes in the winter, afford clothing thanks to all the mass producing factories, and get advice from an operator who won’t exactly tell me where they’re from…

But, a beautiful rose has thorns. Globalization allows for many to reach a new audience and acquire wealth on a wide scale; however, it also causes for a fast paced and highly competitive life-style.  Have you realized how much people lose sleep because we live on such a global scale now?  Business people hold their BlackBerrys to sleep and check on assembly lines thousands of miles away.

Globalization allows for workers to network themselves to companies on the other side of the globe and attracts new business offers to stagnated areas.  But, how much of the profit actually goes to the local people and what are the negative externalities involved? Does that extra pocket money balance out the newly polluted water sources from the factories? Does that water dam take away water that local people need to survive?  I’m not saying that people should return to the Dark Ages and revert to town economies.  Globalization is  like a drug; we shouldn’t abuse it. 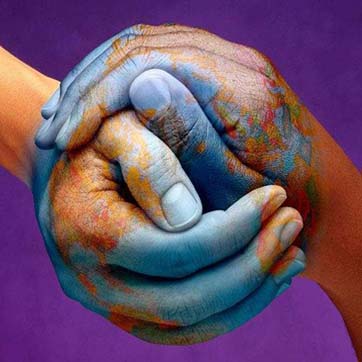