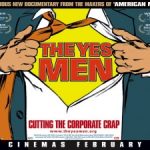 In Chapter 73, Vandana Shiva discusses how developed countries export toxic waste to less developed countries since it has become economically cheaper to ship the waste than pay fees within the home country to properly dispose of it. 2,000 tons of hazardous wastes were being "generated every day in India without adequate safe disposal sites," at the time Shiva wrote the … END_OF_DOCUMENT_TOKEN_TO_BE_REPLACED

In the 21st century, some would expect that the role of government is to represent the will of the people. However, often times, the state is concerned with itself and not its' citizens. This is particularly evident in the battle between economic growth and the environment. The government often times places immediate economic needs at the forefront of their policy decisions … END_OF_DOCUMENT_TOKEN_TO_BE_REPLACED 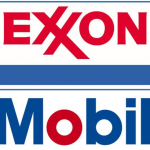 http://www.youtube.com/watch?v=CEHzyF-L4XA As oil prices continue to rise, so do the profitability of major energy producing multinational corporations. One of the most notable of these companies is Exxon Mobil. This company has the highest revenue globally and produces 3% of the world's oil. Companies like ExxonMobil have continuously engaged in the corporate greenwashing … END_OF_DOCUMENT_TOKEN_TO_BE_REPLACED