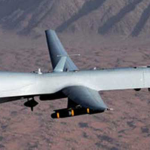 The role of the military has changed significantly since World War II. Robert O. Keohane and Joseph S. Nye argue that military security no longer dominates the "agenda of interstate relationships." While I agree that large scale military mobilization is no longer practical because of complex interdependence between nations. However, the threat of military force is still used by … END_OF_DOCUMENT_TOKEN_TO_BE_REPLACED