Consuming local food means that food is consumed near the place it was grown. The argument is that the process of distribution which involved use of pesticides and shipping, lowers the nutritional value of fruits and vegetables. Local food is also more ripe because it takes less time and energy to be consumed. The North Carolina 10% Campaign, led by the Center for … END_OF_DOCUMENT_TOKEN_TO_BE_REPLACED 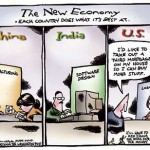 In the World Commission on Environment and Development’s article, “From One Earth to One World,” sustainable development is addressed and the article particularly focuses on the interlocking crises of environmental degradation and the struggle for economic development.  As sustainable development becomes a hot topic, there is a greater international pressure placed upon … END_OF_DOCUMENT_TOKEN_TO_BE_REPLACED

On April 25th, 1986 reactor number 4 at the Chernobyl Nuclear underwent a standard safety test that resulted in the world's largest and most severe reactor malfunction in history. Displacing 50,000 people and rendering approximately 4300 square kilometers uninhabitable as a "no-go zone." In later decades the number of the displaced would rise to 330,000 with 5-7 percent of the … END_OF_DOCUMENT_TOKEN_TO_BE_REPLACED 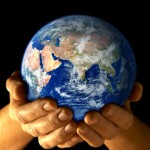 Greenpeace is a transnational organization that approaches global environmental issues in the four categories of toxic substances, energy and atmosphere, nuclear issues, and ocean and terrestrial economy. They have offices in over thirty countries. The Greenpeace council consists of organizers from every country Greenpeace has offices in and sets guidelines and goals for the … END_OF_DOCUMENT_TOKEN_TO_BE_REPLACED 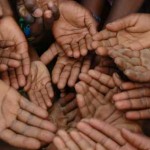 Every day more and more people are introduced into our beautiful thriving world.  The problem is, the number of these new lives is increasing exponentially.  Like all other species, the human population has a carrying capacity.  The carrying capacity determines the maximum number of individuals possible before a population is no longer able to self-sustain.  The resources on … END_OF_DOCUMENT_TOKEN_TO_BE_REPLACED