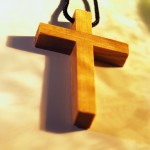 In Chapter 54, Jenkins discusses some key points about the globalization of Christianity.  There is a preconceived notion about Christianity and its implications for society.  For many years Christianity has been viewed as the religion of the Western, privileged, white population.  Although this may have once been true, Jenkins argues that this stereotype no longer exists.  Now … END_OF_DOCUMENT_TOKEN_TO_BE_REPLACED 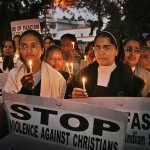 Although Christianity is currently expanding throughout the world at an alarming rate, it still faces several challenges.  In many countries Christianity is not the native religion and it is therefore not welcomed by many members of the population.  People do not wish to see their culture transformed and changed from something which has been sustained for hundreds and even … END_OF_DOCUMENT_TOKEN_TO_BE_REPLACED 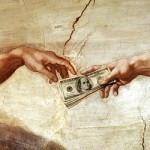 Christianity is undoubtedly the worlds largest religion. It is most often depicted as the religion of the West. In recent years, Christianity has spread tremendously throughout the world. Philip Jenkins explains that over the past century, the center of gravity in the Christian world has shifted inexorably southward, to Africa, Asia, and Latin America (401.) The Bible tells its … END_OF_DOCUMENT_TOKEN_TO_BE_REPLACED