Culture-Ideology of Consumerism: Viacom media practices influencing consumerist worldview Viacom is the world’s 5th largest media company; its enterprise value clocks in at $21.17 billion. It owns major cable channels, such as MTV, BET, Logo, and Nick, as well as film companies like Paramount Pictures. As the media landscape diversifies, Viacom is actually struggling to keep … END_OF_DOCUMENT_TOKEN_TO_BE_REPLACED 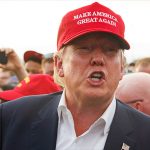 Nations, the macro-political structures that seem so integral to the very idea of human society as we conceive it, are at a crossroads. The introduction to The Retreat of the State, written by Susan Strange, outlines the issues facing nations in this age of global, neoliberal capitalism. This perceived loss of power from the state finds relevance in today’s election … END_OF_DOCUMENT_TOKEN_TO_BE_REPLACED 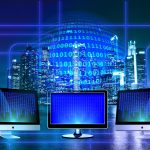 In reading The Transnational Villagers by Peggy Levitt (2001), I found myself interested in the exchange between the transnational village and the "home" village. Her study details the dual experiences of Miraflorenos in Miraflores, Dominican Republic, and in the Jamaica Plain area of Boston, Massachusetts. The success of the transnational migrant community in improving the … END_OF_DOCUMENT_TOKEN_TO_BE_REPLACED